At the start of the season, the narrative which formulated around Leeds United was simple: they were the entertainers.

No Leeds United game was ever going to be dull, whether they were scoring goals galore themselves, conceding bucket loads at the other end or trading goals in classic encounters, if you were at Elland Road or watching the Whites play away, you were guaranteed goals.

The tone was set in their opening game; a brilliant contest with Liverpool. The then reigning Champions edged a scintillating encounter 4-3 thanks to a Mo Salah hat-trick. From there, the problem began to set in and reached its peak with a 6-2 defeat to Manchester United at Old Trafford – a game after they’d put five passed Newcastle showing the ups and downs Leeds were facing in terms of goals. That said, even in that win over the Magpies, Leeds conceded twice which is often enough to lose a game even comprehensively.

In their first 23 games they conceded a whopping 42 goals which already topped Sheffield United’s record in the previous season of 39 showing Leeds United’s obvious achilles heel. It was emphasised by back-to-back 4-1 defeats to Leicester and Crystal Palace – two teams you wouldn’t expect to so soundly beat the Whites. The Leicester game in particular was emblematic of the problems they were facing as the Foxes’ counter-attacking style devastated Marcelo Bielsa’s boys.

Leeds enjoyed 68% possession that day and registered one more shot than Leicester. The intensity of Leeds’ press was again there for all to see and culminated in the lion’s share of possession, yet the fact they were pushing so high up the field enabled Jamie Vardy to get in behind and truly devastate the Leeds defence.

However, that day the Whites were without their trusty safety net: Kalvin Phillips. The England international’s place in the team was taken up by Mateusz Klich who was replaced further forward by Pablo Hernandez and Jamie Shackleton leaving the Leeds midfield easily bypassed.

Meanwhile, the centre-back pairing continually changed with Robin Koch and Liam Cooper lining up together at the back on this particular occasion instead of Diego Llorente and Pascal Struijk as the four were forced to continually chop and change due to injuries.

In essence, this was the difference between their struggles at the start of the year compared to the end of the year. There are few players better in the Premier League than Kalvin Phillips in the number six role and there are few side’s with a style of play which warrants the number six to do quite as much work as Leeds United.

This is why he remains Leeds United’s most important player. In fact, the Whites have only lost 8 of the Premier League games he’s featured in winning 16 of the 29 appearances he’s made in the top flight since their promotion in 2020. With 45 interceptions, he had one of the best records in the league whilst his 214 recoveries were vital in providing a safety net for Leeds’ high press. 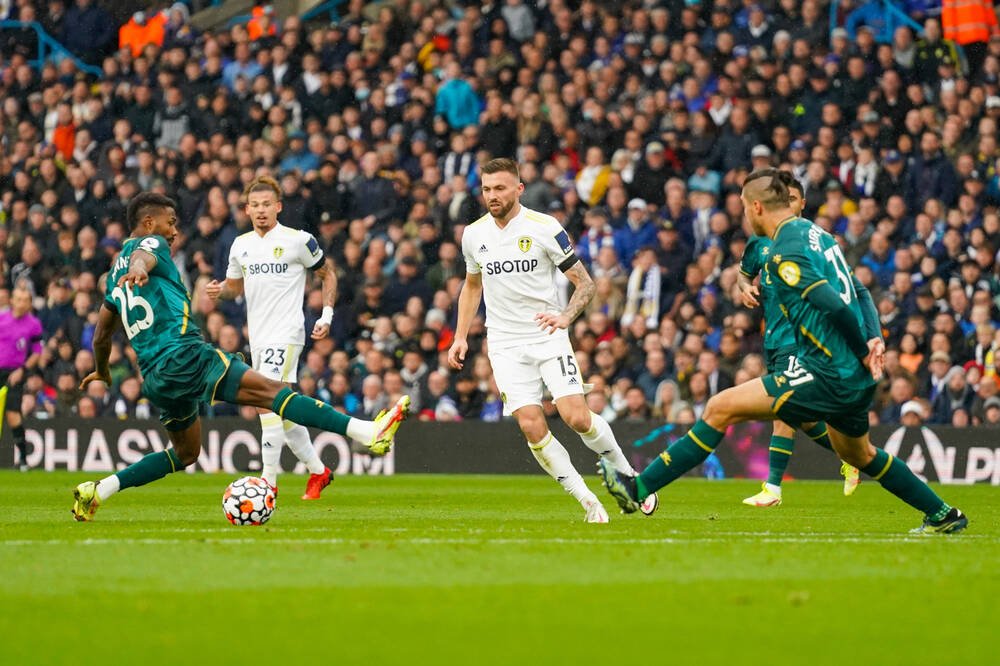 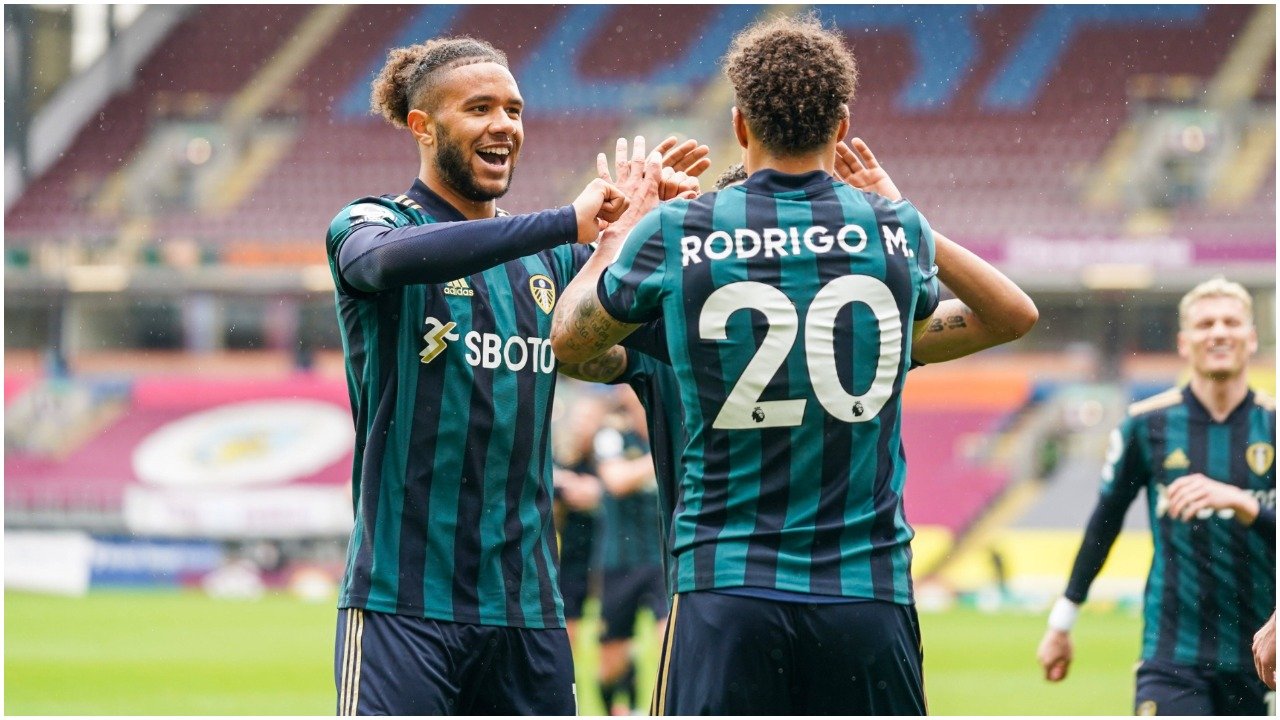 Thus, it’s no surprise he was absent in the 4-2 defeat to Arsenal in February – the last time Leeds conceded more than two in the campaign. This defeat was another instance in which Leeds dominated the ball, but were obliterated off it.

Moreover, Leeds were forced to play Luke Ayling at centre back that day, Shackleton at right back and Struijk in Phillips’ number six role. Therefore, it’s clear that personnel was at the heart of Leeds’ defensive problem.

After that, in their last 15 games, they only conceded a further 12 goals and claimed five clean sheets – a remarkable change in Leeds’ defensive fortunes.

In the next two games after that 4-2 defeat, Bielsa tweaked his shape to work against the absence of Phillips bulking out the midfield with more bodies playing three banks of three in the 3-0 win over Southampton a game in which they sacrificed possession for the win with just 46% of the ball.

That injected new confidence into the defensive ranks at Elland Road despite defeats to Wolves, Aston Villa and West Ham which could have been cause for concern but resembled a sense of damage control as Leeds conceded less goals in those three games combined compared to the disaster at Old Trafford.

By the time Leeds were matching the big boys in a brilliant run of fixtures in which Chelsea, Manchester United, Liverpool and Manchester City all failed to beat the Whites with only City and Liverpool finding a way to score, Phillips was back providing a solidity in defence for Leeds in defence once more.

Most would agree this was the best run of Leeds’ season and the best defensive run of Bielsa’s tenure, and it once more hinged on Kalvin Phillips and his ability to tie things together as the fulcrum of Leeds’ style of play as well as Bielsa’s willingness to tweak the shape ever so slightly in his absence after his stubborn approach unravelled Leeds’ defence again and again. If Leeds want to maintain that defensive record in 2021-22, Bielsa needs to maintain these changes and maybe bring in cover for Phillips.