When it comes to footballing style, few leagues offer as beautiful a selection as the Premier League. But can the same be said for the jerseys the players in the English top flight sport?

Today we’re ranking ever Premier League third kit from worst to best. It should be said, Fulham are the only side without an official third kit for the 2020/21 season so don’t feature in the ranking. 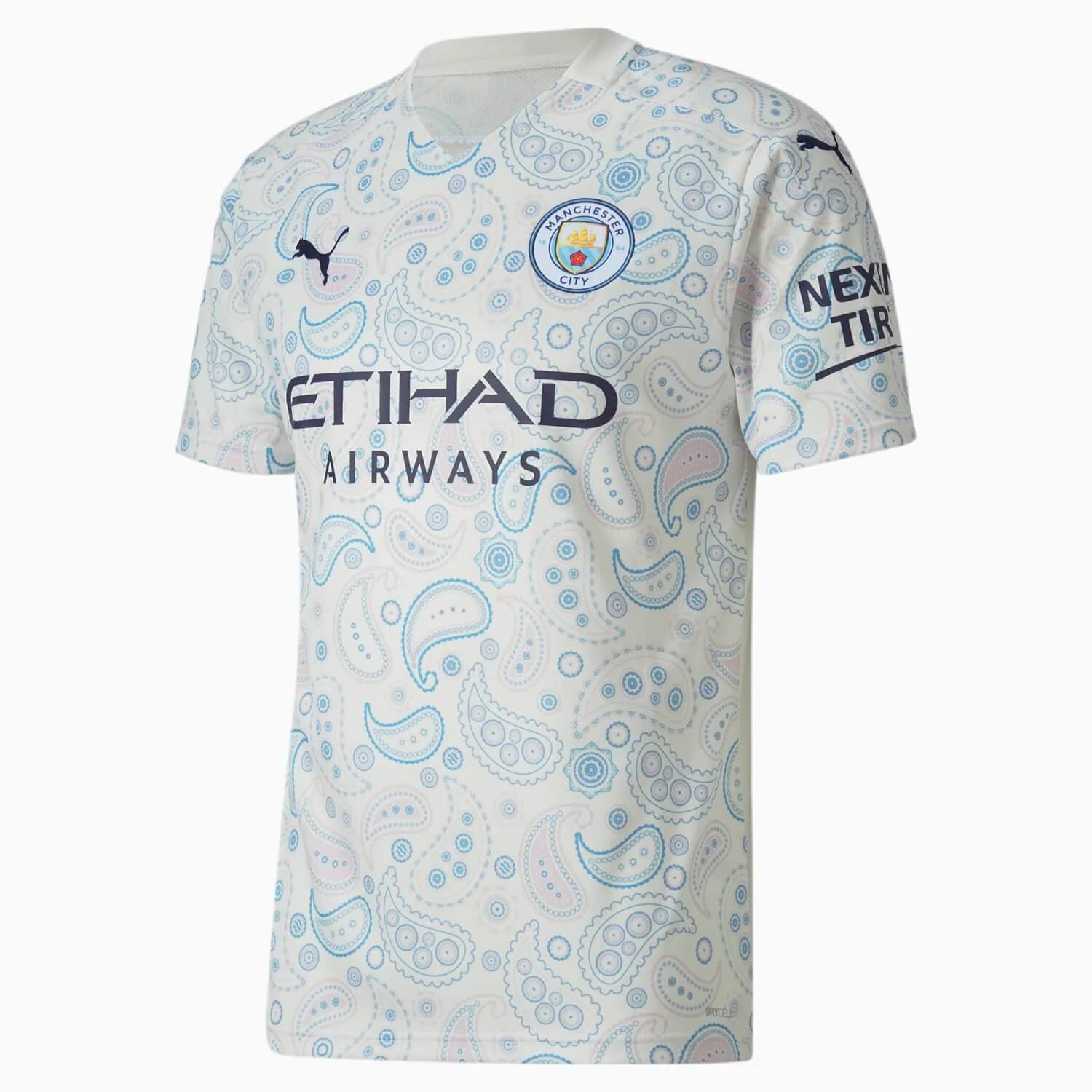 This one is simply over designed. You’ve got to credit the ambition but the strangeness of the shapes that cover the shirt just makes it look odd. They wind up looking like pockets of bacteria or even speech bubbles. I appreciate the attempt to do something different with a white shirt but what happened to good old-fashioned stripes? 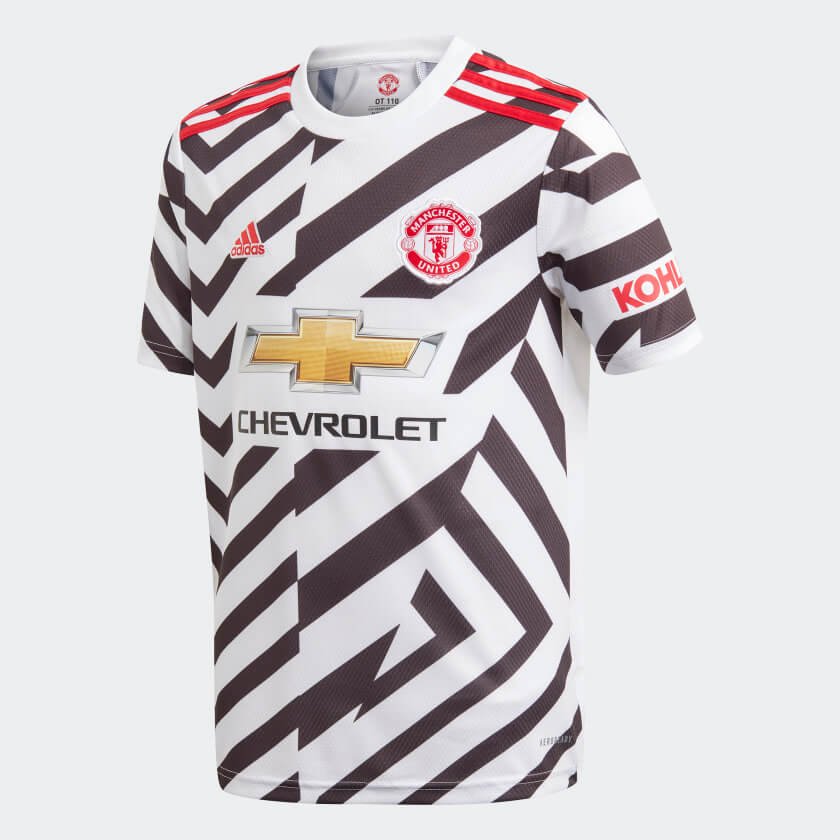 I guess this is what happened to them? They’ve been made to look like a zebra. Manchester isn’t exactly blessed with sweet looking third kits this season. There is no escaping the fact that it looks like a zebra but it should also be said that the over-complicated use of stripes, which change direction constantly across the kit, make it worse. Another attempt to be unique that didn’t exactly come off. 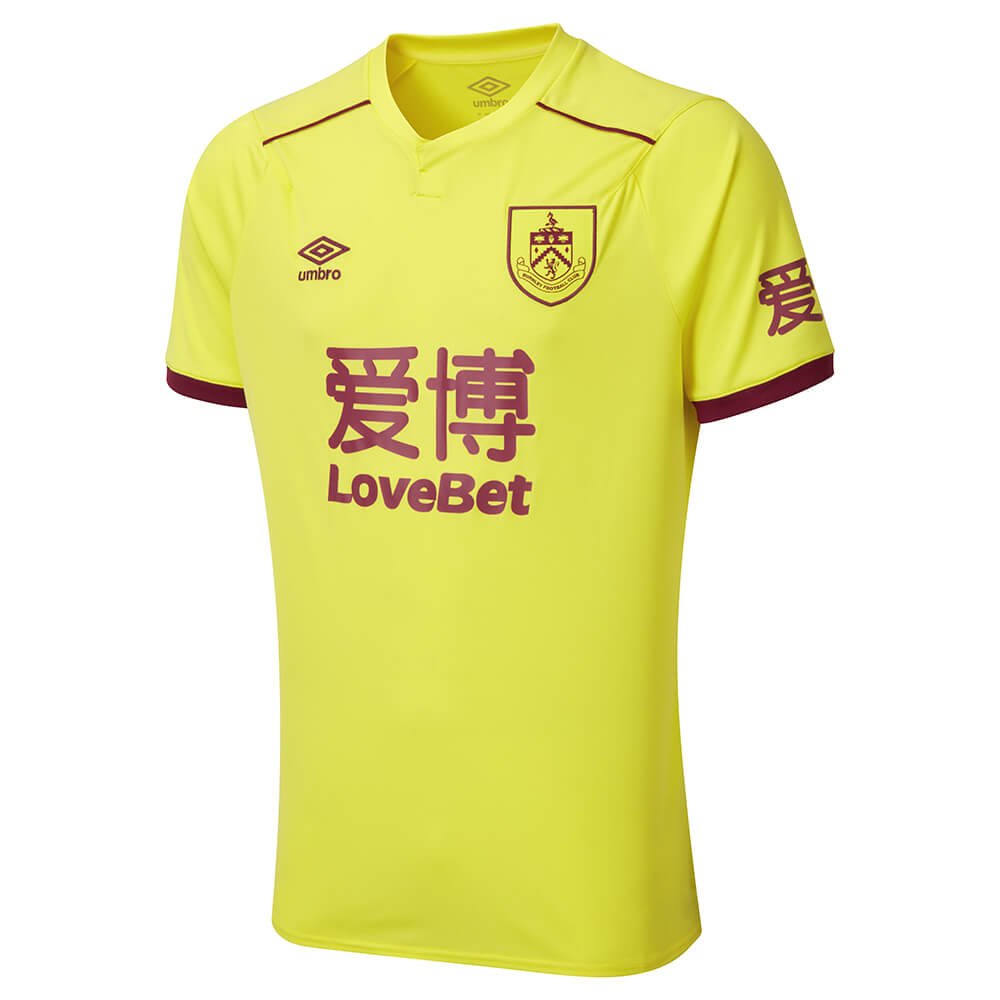 Really don’t like the colour of this shirt. I appreciate what the designers are trying to do – using a brighter colour in contrast to the traditionally muted claret of the home kit – but for me it just ends up looking like a sweet wrapper. The bright greeny-yellow base just isn’t a nice colour and would be more at home on a construction site. It’s a shame because make the colour a more natural yellow with a touch less brightness and I think we’d have a nice shirt on our hands. 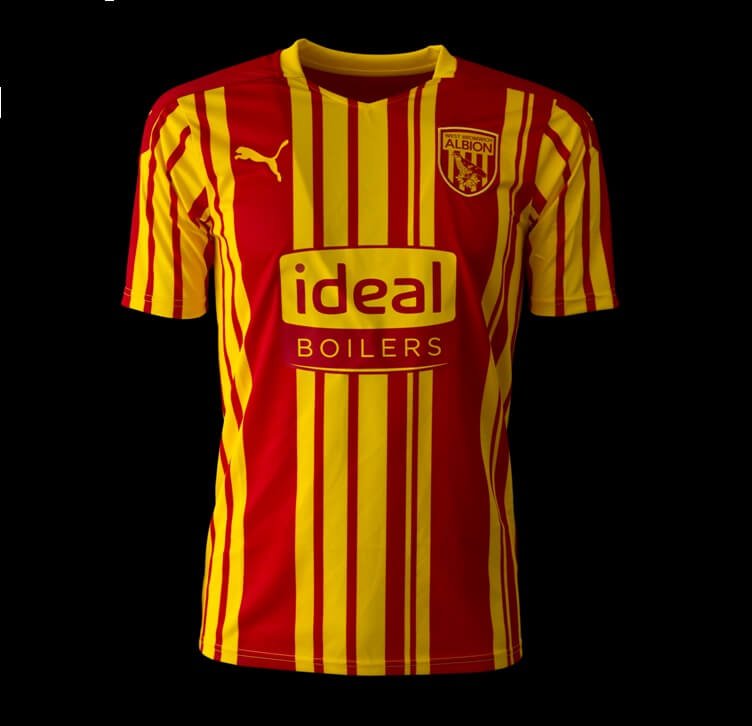 Often, I’m a fan of when team’s reuse the design of the home shirt for other kits whilst using different colours. It’s interesting to see how the design might work with a different combination. However, this is too much. The red and yellow combo doesn’t work for me with both colours looking a little too bright. 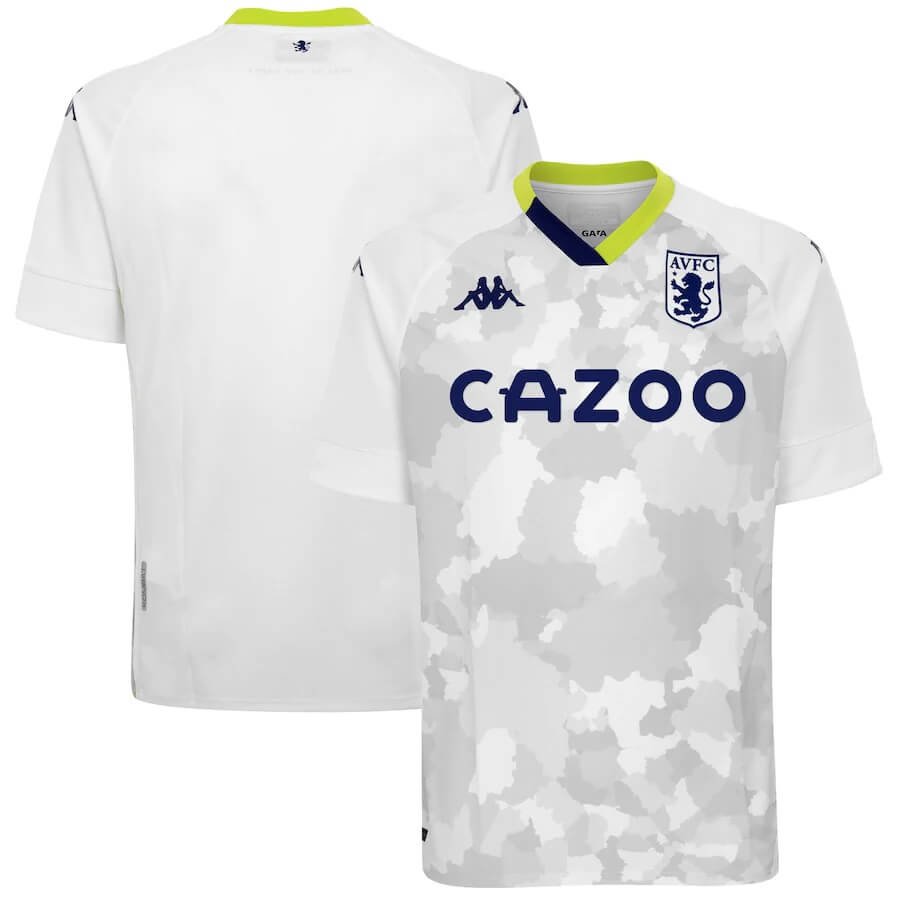 This one is interesting. Nothing about this white jersey is as simple as you’d expect from a white football top. Let’s start with the collar. Instead of being just one colour it mixes dark blue with lime green. Surprisingly, the colour combo works but looks a bit odd when confined to the collar alone. Moving onto the shirt itself, it overcomplicates itself with what appears to be an almost khaki design. This spoils what would be a lovely shirt. 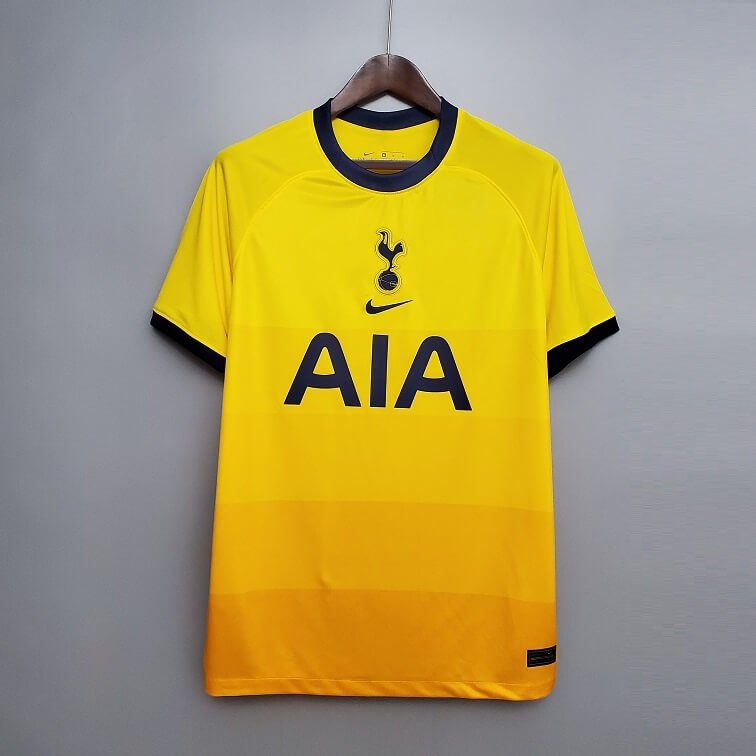 For me, this looks a little too much like a training top. I appreciate the use of a central badge in what is a nice departure from the ordinary but there’s simply not enough going on elsewhere. The entire chest area is one block of colour with the only variation occurring in a slight change on tone towards the bottom of the shirt. A simple little design, this jersey unfortunately comes off as a little bland to me. It’s not a complicated design with a dark green base adorned by touches of off-white including around the colour. But both colours used feel muted and therefore a little plain. 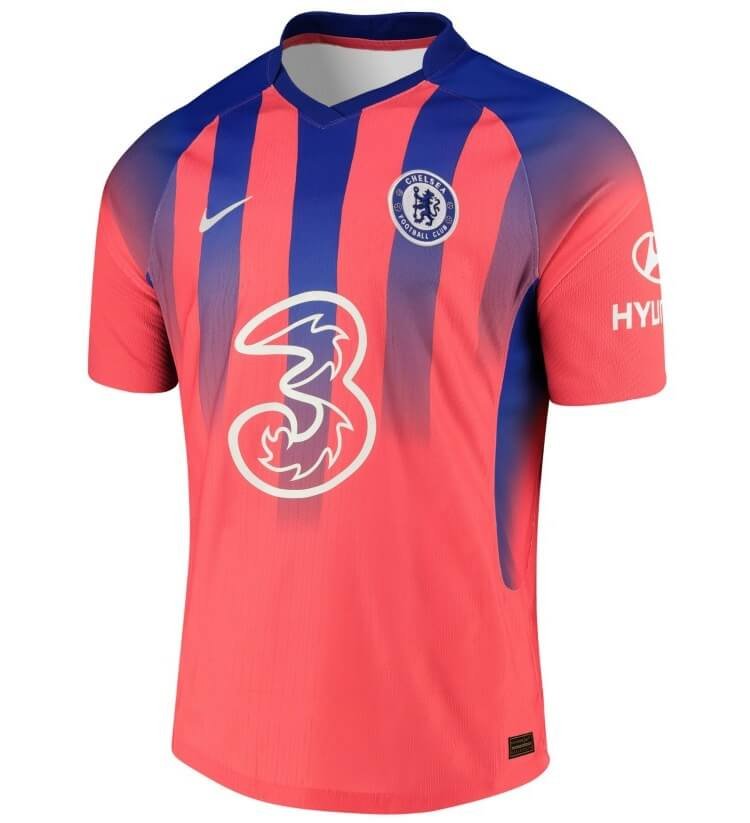 Apart from looking like a Crystal Palace kit, this shirt is a solid third kit design. I appreciate the use of vertical stripes as well as how the stripes fade into the salmon base colour. The colours are nice touch themselves. They compliment each other nicely whilst the vibrancy of the salmon alongside the darker shade of blue gives life to shirt. It’s just a shame it winds up looking like the kit worn by their London rivals. 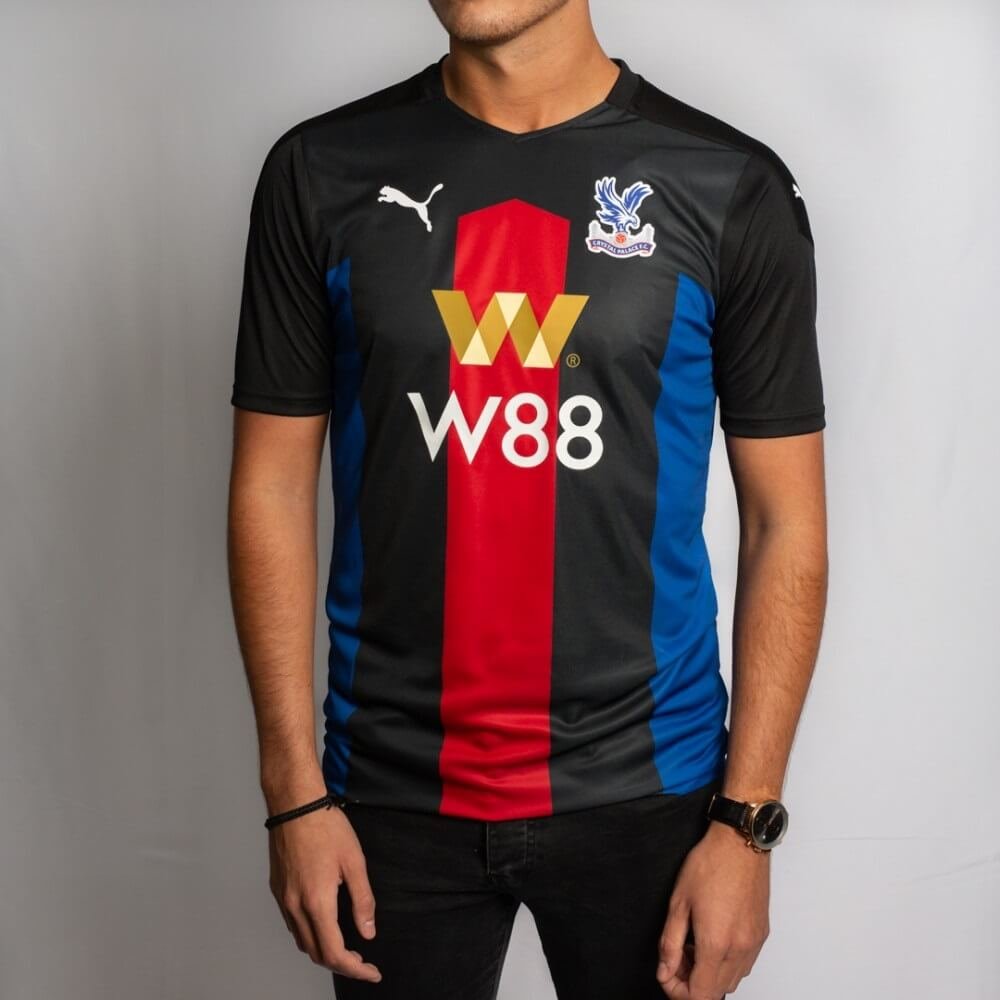 Speaking of Palace, their third kit this season isn’t a stand out design but a good one all the same. I appreciate the use of their traditional colours – red and blue – whilst the application of a black base gives the jersey a nice blend of bright and dark. In general, it’s a smart little number that loses marks for the weird arrowed end to the middle red stripe. 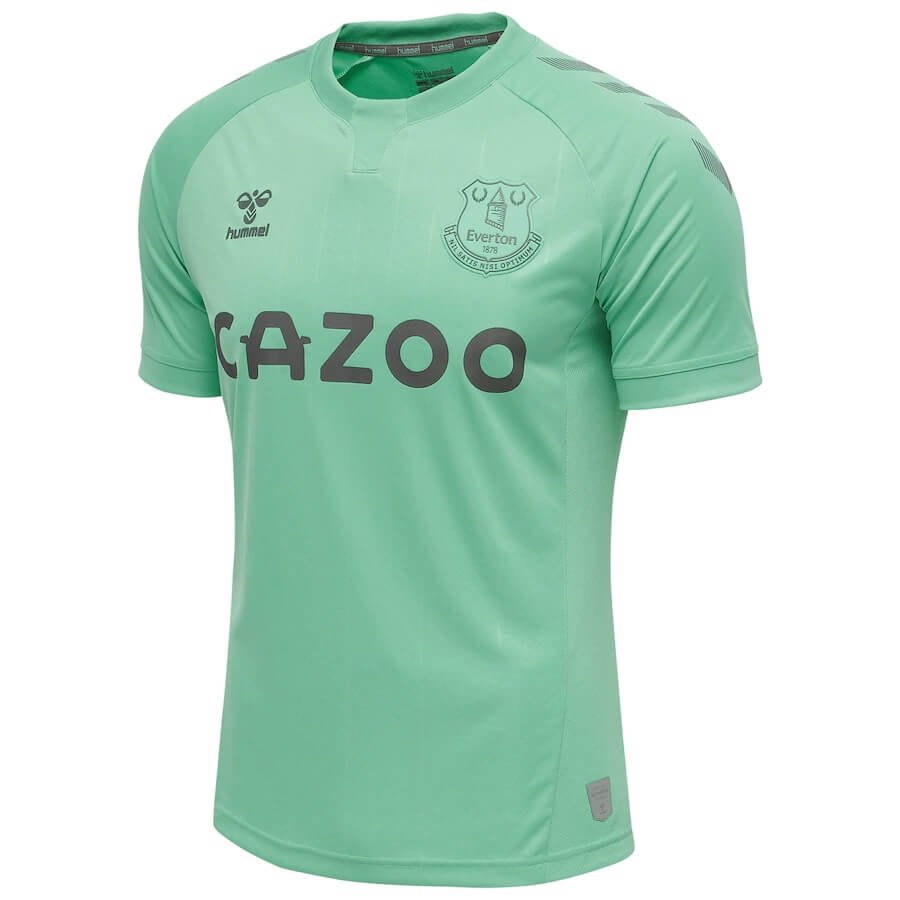 I like the simplicity of this one. It looks smart due to the way it balances the green with the silvery shade of grey used for the sponsors and badge. The two compliment each other nicely and there is nothing to overcomplicate the design. The green is a nice departure from the status quo too but it should be said that the shirt ends up looking a bit too much like a mint. 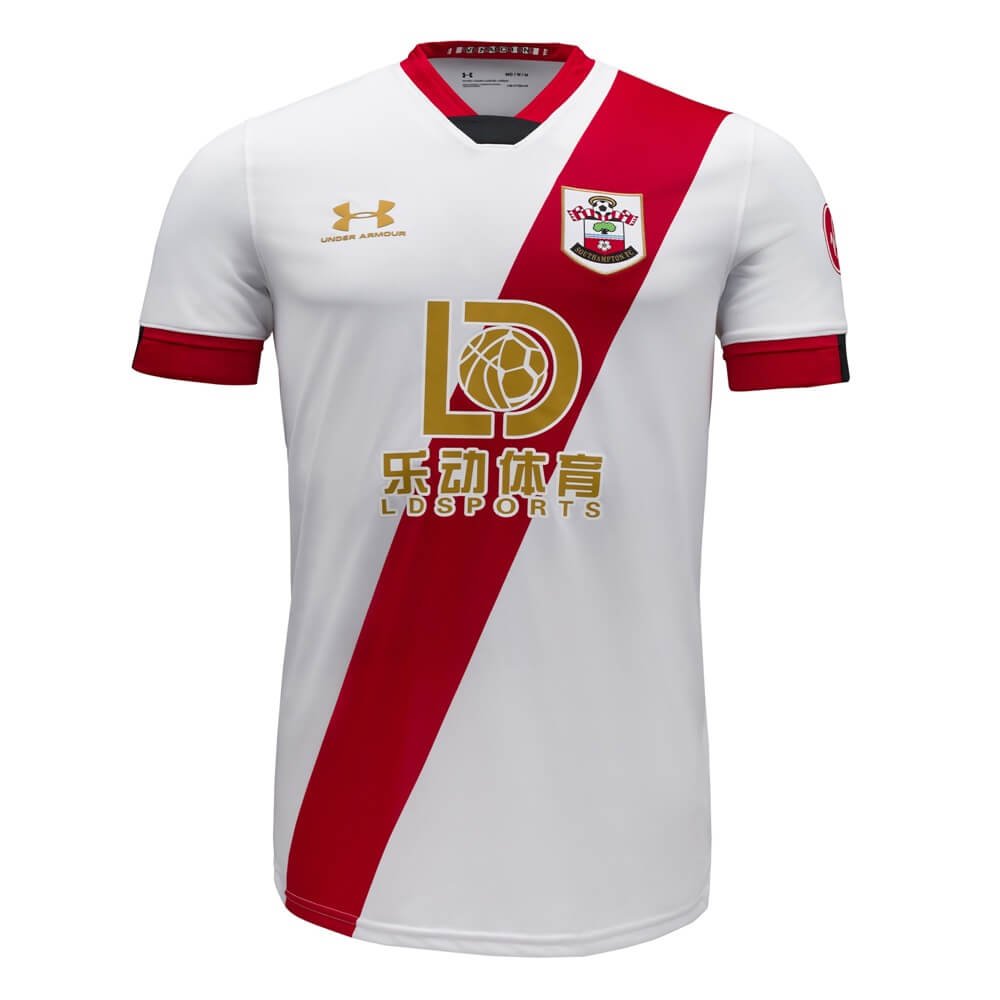 As far as Southampton kits go, this fits the mould perfectly. It feels like a very traditional Southampton design with the red stripe diagonally making its way across the jersey. The sleeves are also touched by a band of vibrant red as is the collar whilst a hint black makes a small cameo on both. However, the white base and the single red line leaves a lot of vacant space making it appear a bit plain. 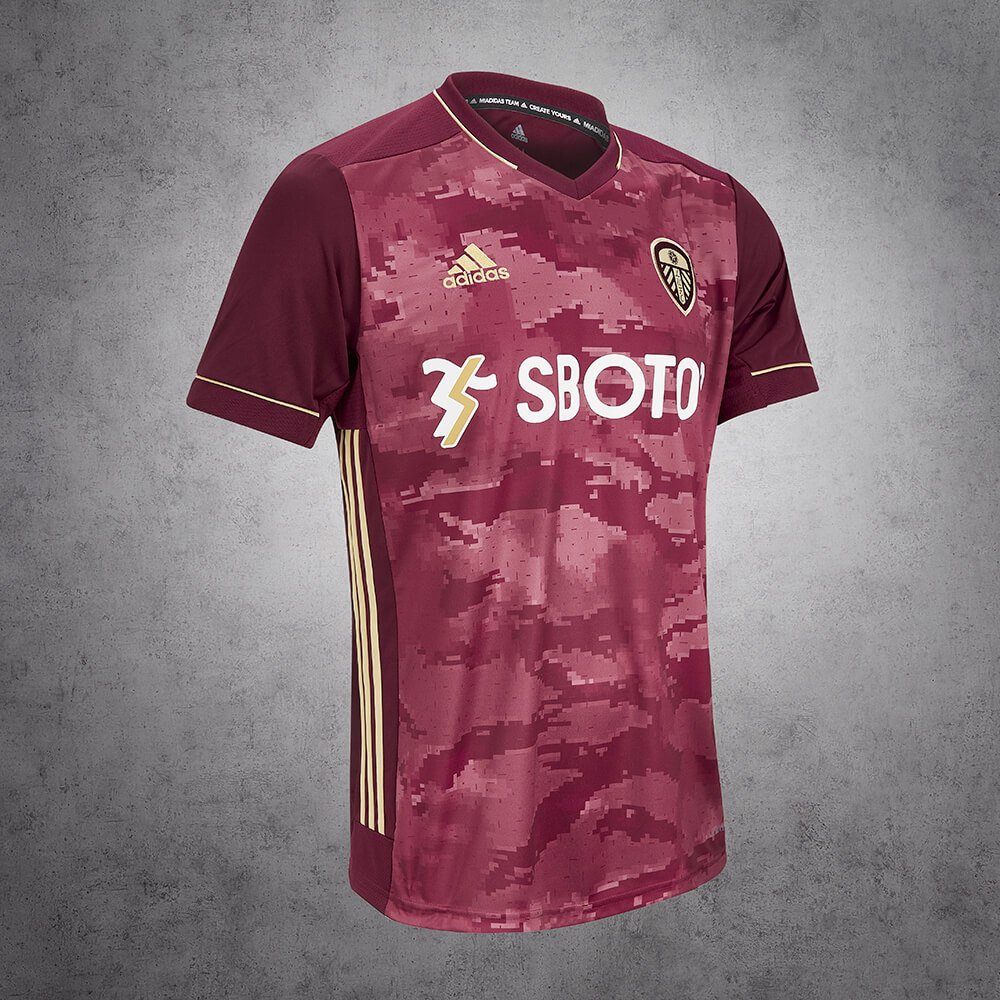 This adidas shirt is an interesting maroon colour. The base resembles a khaki design and mixes the darker maroon with pinkish tones. I for one would’ve liked to see one block colour but, unlike some of the other jerseys in the league, the design doesn’t make the shirt look tacky or over-designed. The sleeves are a solid bank of dark maroon and the kit is adorned by touches of gold. However, it does feel strange seeing Leeds play in a maroon – almost red – jersey. 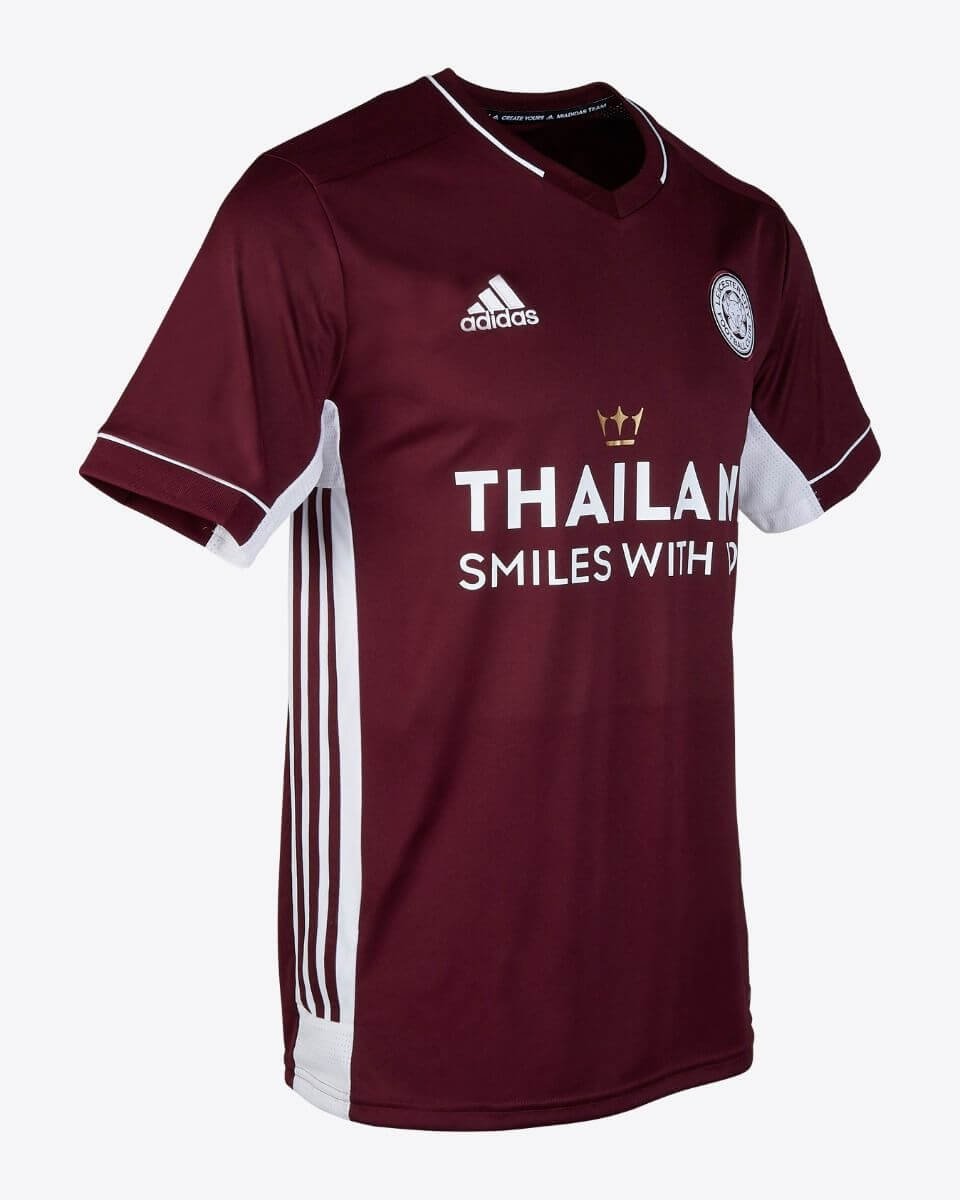 As with Leeds’, adidas used a maroon colour scheme for the Foxes third kit this season. However, this one edges the Yorkshire club’s jersey due to its simplicity. The shirt uses one shade of maroon throughout its design and looks smart doing so. Add to that the touches of white and you have a delightful yet simple kit. 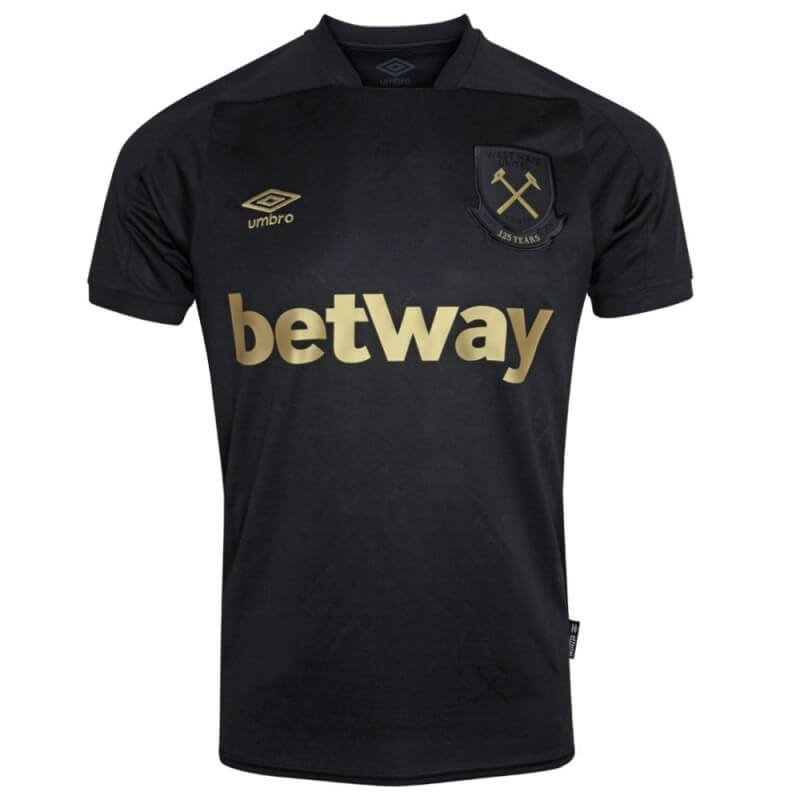 Black and gold, simple yet effect. The black base is incredibly smart looking but the true beauty of the Umbro kit lies in its relationship with the gold. The contrast between the two colours is simply delightful and I appreciate the fact the designers haven’t over used the gold which can often make shirts look too blingy. 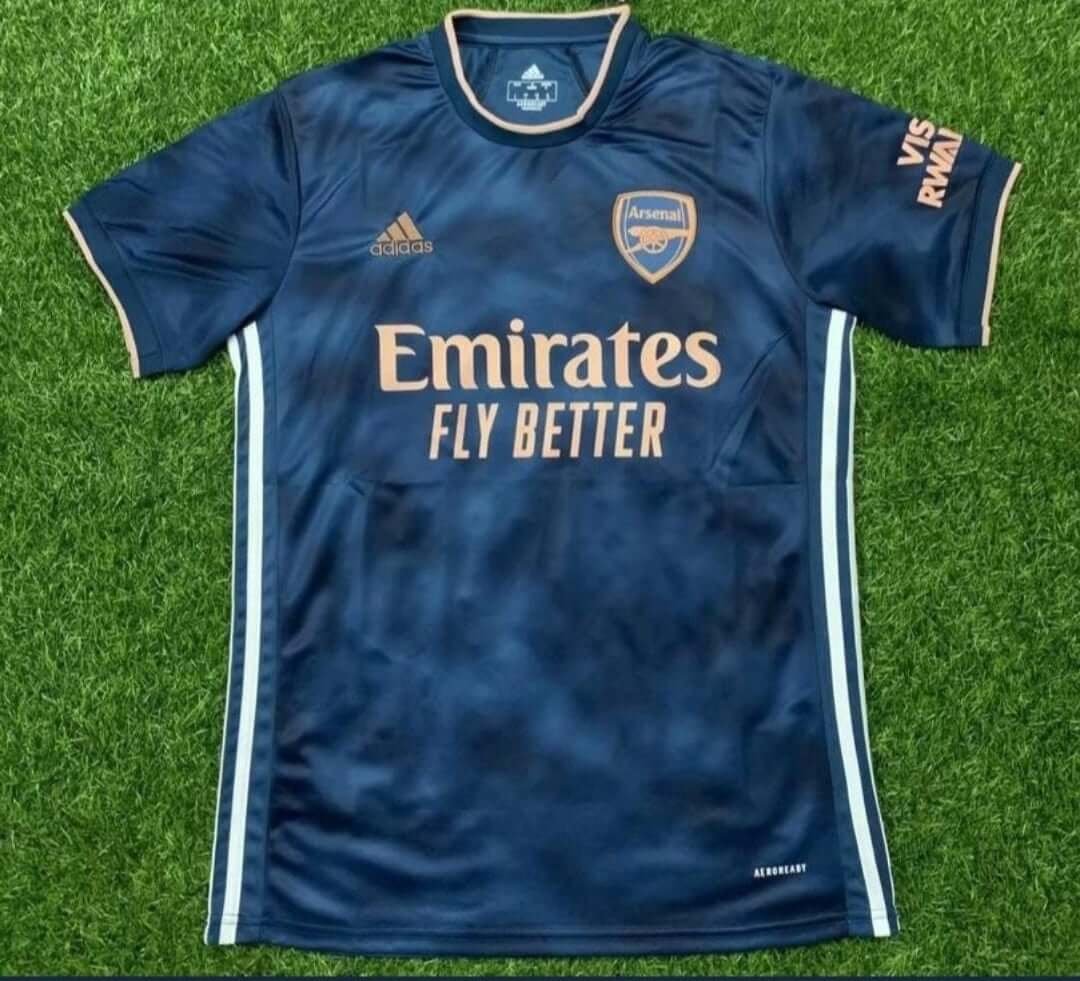 This season, Arsenal’s third kit adopts a navy background. However, it isn’t a solid colour. The blue base is somewhat cloudy mixing the navy blue with a lighter shade in what is a nice if subtle touch to a simple yet smart looking jersey. The shirt is christened by peach sponsors, badge and the traditional adidas strips creating a sweet contrast between light and dark. 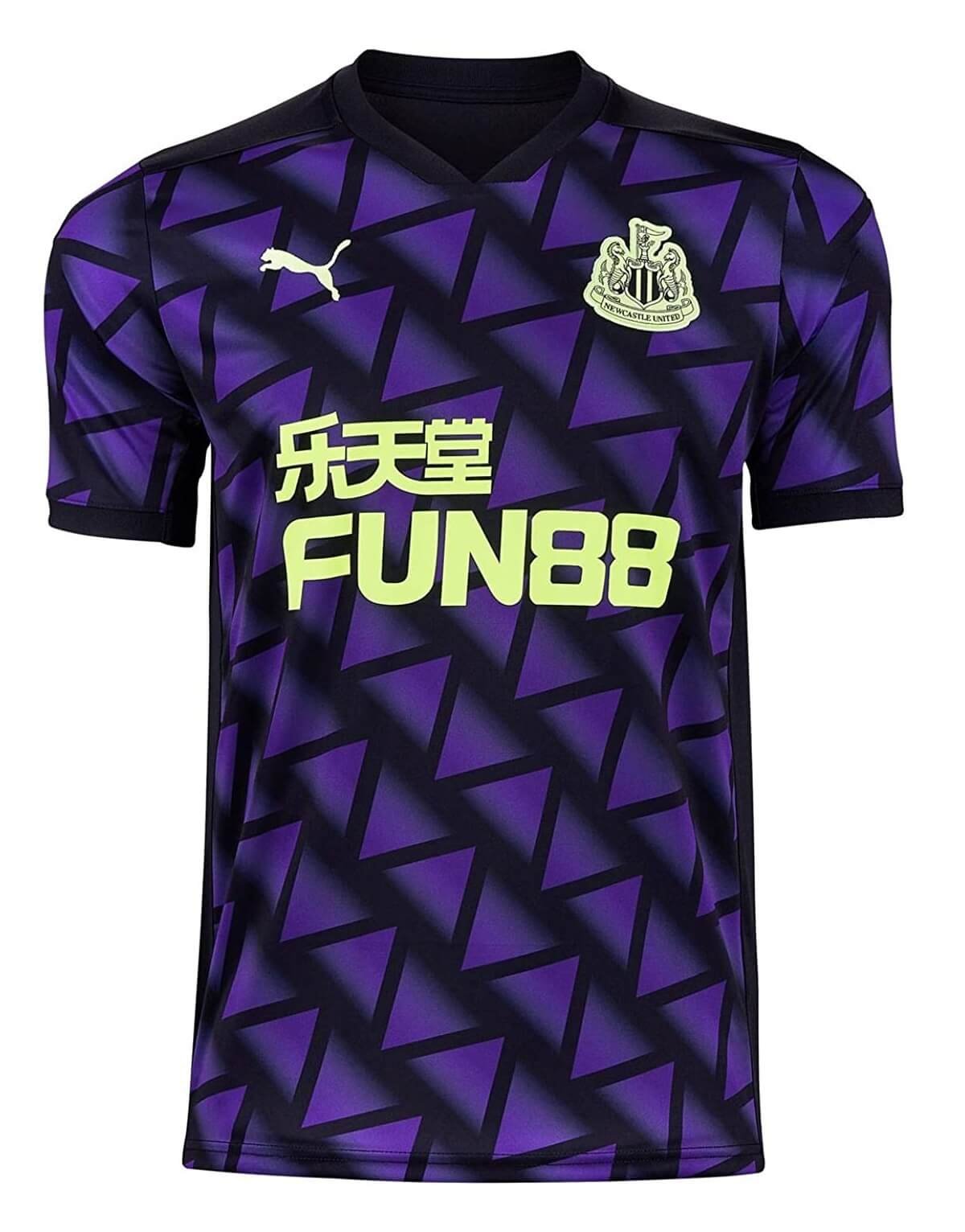 This is an attempt to do something different that absolutely paid off from Puma. The purple colour is an interesting choice but one that works. The neon style of the shade chosen combines perfectly with the black background. But more than that, the triangles used to create the diagonal stripe pattern is a touch of class that brings tradition and modernity together nicely. It also fosters a dynamic where it’s impossible to tell whether the purple or the black is the true base colour. 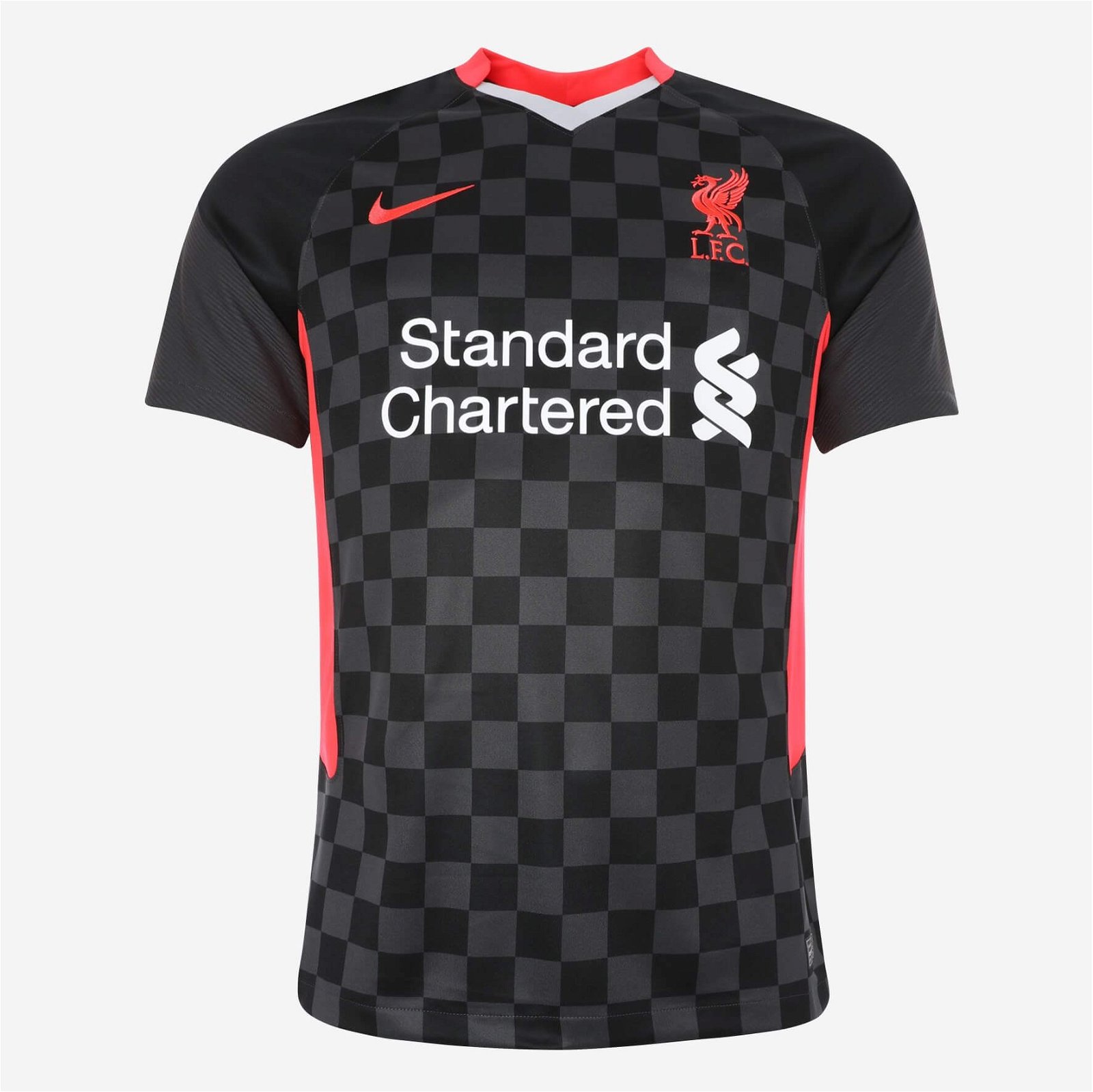 Who knew black, grey and crimson was such a good colour combination? The black and grey base of the shirt is nice enough with the sleeves looking especially smart. But it is the touches of crimson (or you might refer to it as neon pink) that really make the shirt. The checked design – to echo some of the famous flags brandished by the Kop on European nights – is a nice touch too. 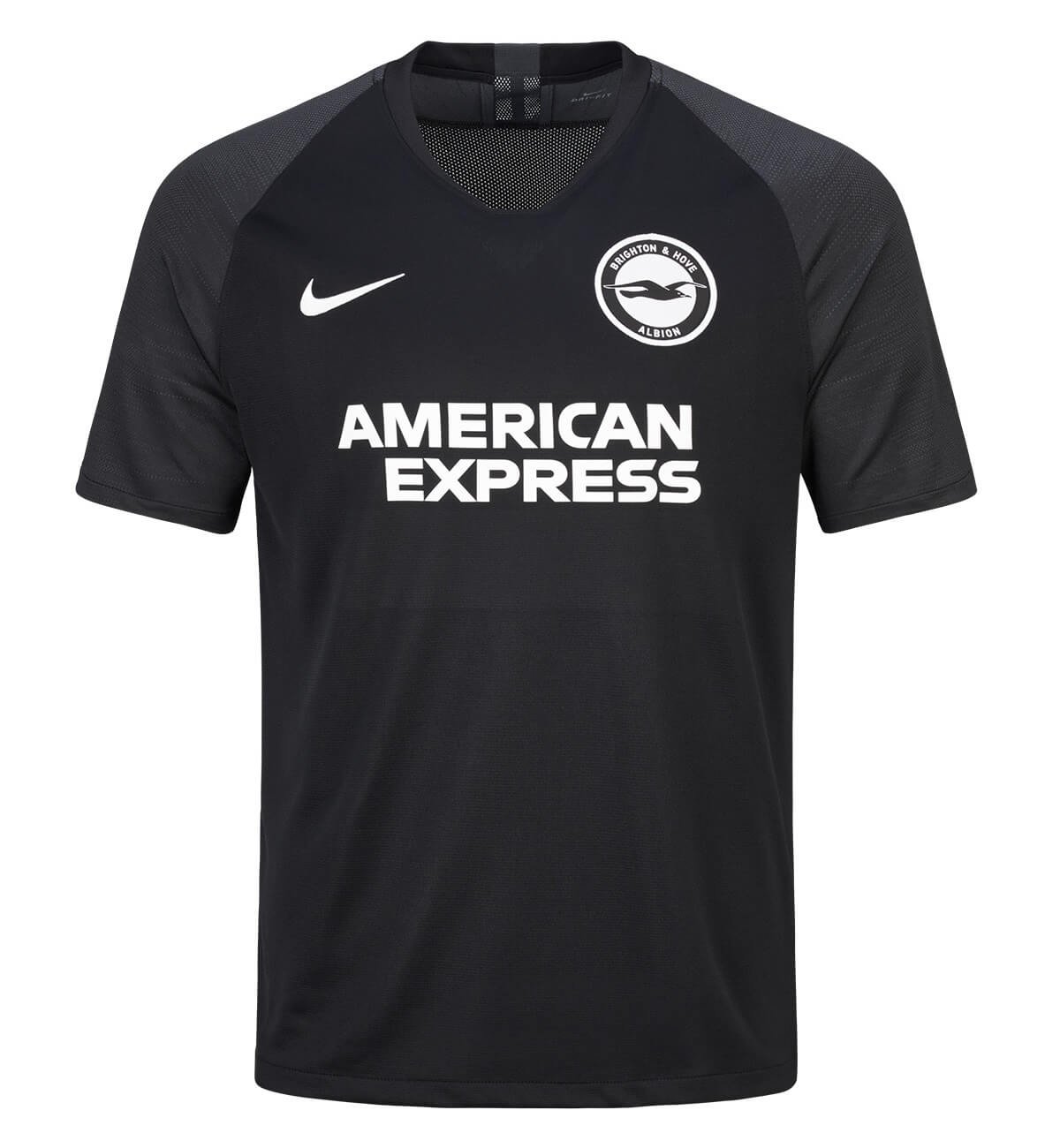 Nice and simple. Brighton’s third kit is a solid shade of jet black with grey sleeves with an intricate yet not distracting spotty design. The simplicity of the black is where this shirt excels for me. Despite being black, it is somehow eye-catching and is nicely complimented by the white Brighton badge. 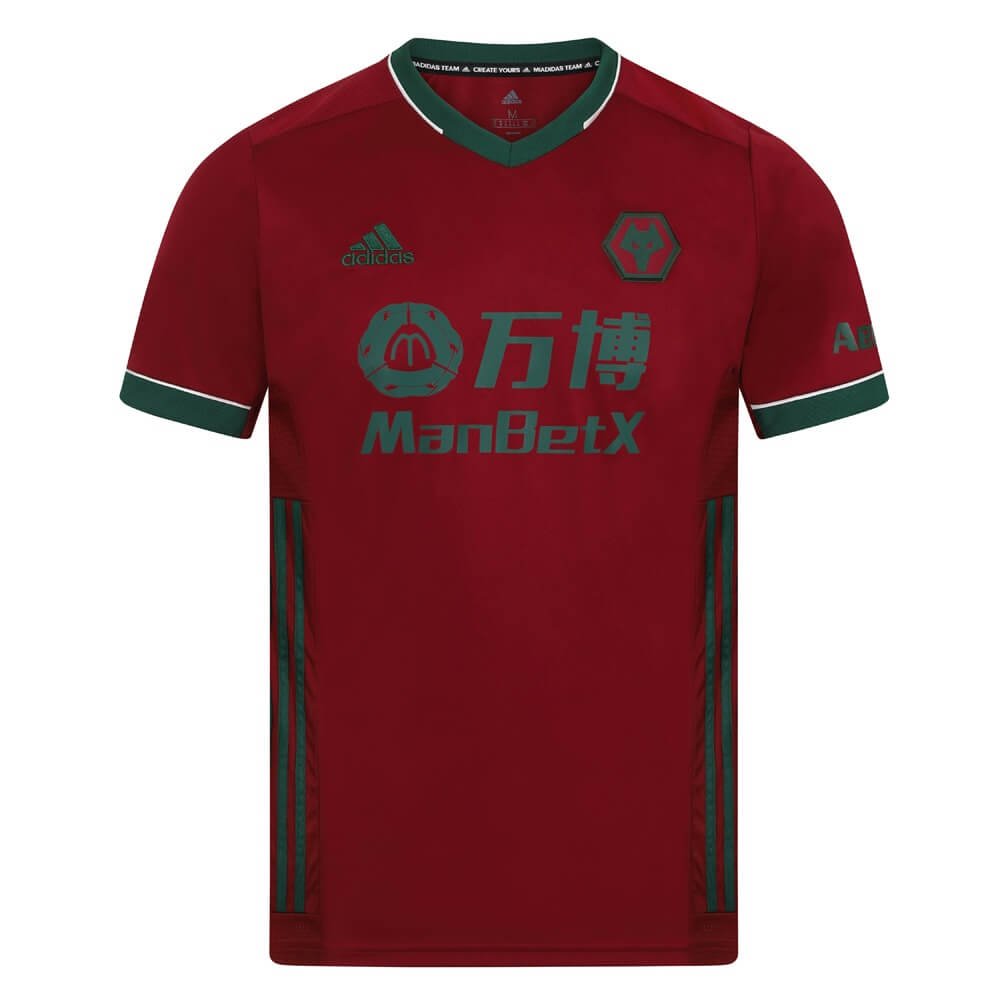 The perfect kit to resemble Wolves’ Portuguese connection. It’s no secret that the Wanderers’ recent success has relied heavily on the Portuguese contingent in their sublime squad and this jersey resembles that. More than that, it’s just a delight to behold. The dark red and green work wonderfully together. Neither shade is one you see often which makes the kit all the more refreshing.