Kit designer Joe Austin has taken in all the thoughts and opinions of the fans and produced a new Leeds United concept kit for next season’s Premier League.

It comes after the latest kit leaks left fans feeling a little underwhelmed as they look to be swept off their feet by the club’s new primary design.

Released in just over a week on July 15, Leeds fans have been in constant discussion on social media as to what they would like their new home kit to look like.

It’s very clear the fans are eager to see some yellow trim return to the home shirt and it appears as though the club have listened with the leaks revealing some yellow, but unfortunately not quite as supporters had imagined.

With little to change in terms of sponsors for the new campaign, the club changed their profile picture recently to the club’s more traditional yellow and blue badge having donned one with a faded gold element last season.

Having spoken with supporters on Facebook and Twitter, we got some feedback on what kind of design the fans were after and where exactly they wanted to see the club’s other traditional colours located on the white home jersey.

It became pretty clear that the majority were pretty pleased with last season’s home shirt with the exception of some yellow trim, and that keeping the new top simple and smart was important.

Despite a mixed response, fans just voted to have the traditional three adidas stripes but they chose to have them down the sides rather than on the arm with a blue and yellow trim favoured on the neck and sleeves.

With everything considered, independent kit designer Joe Austin got to work and has produced the following Leeds United home concept kit for the 2021/22 Premier League season… 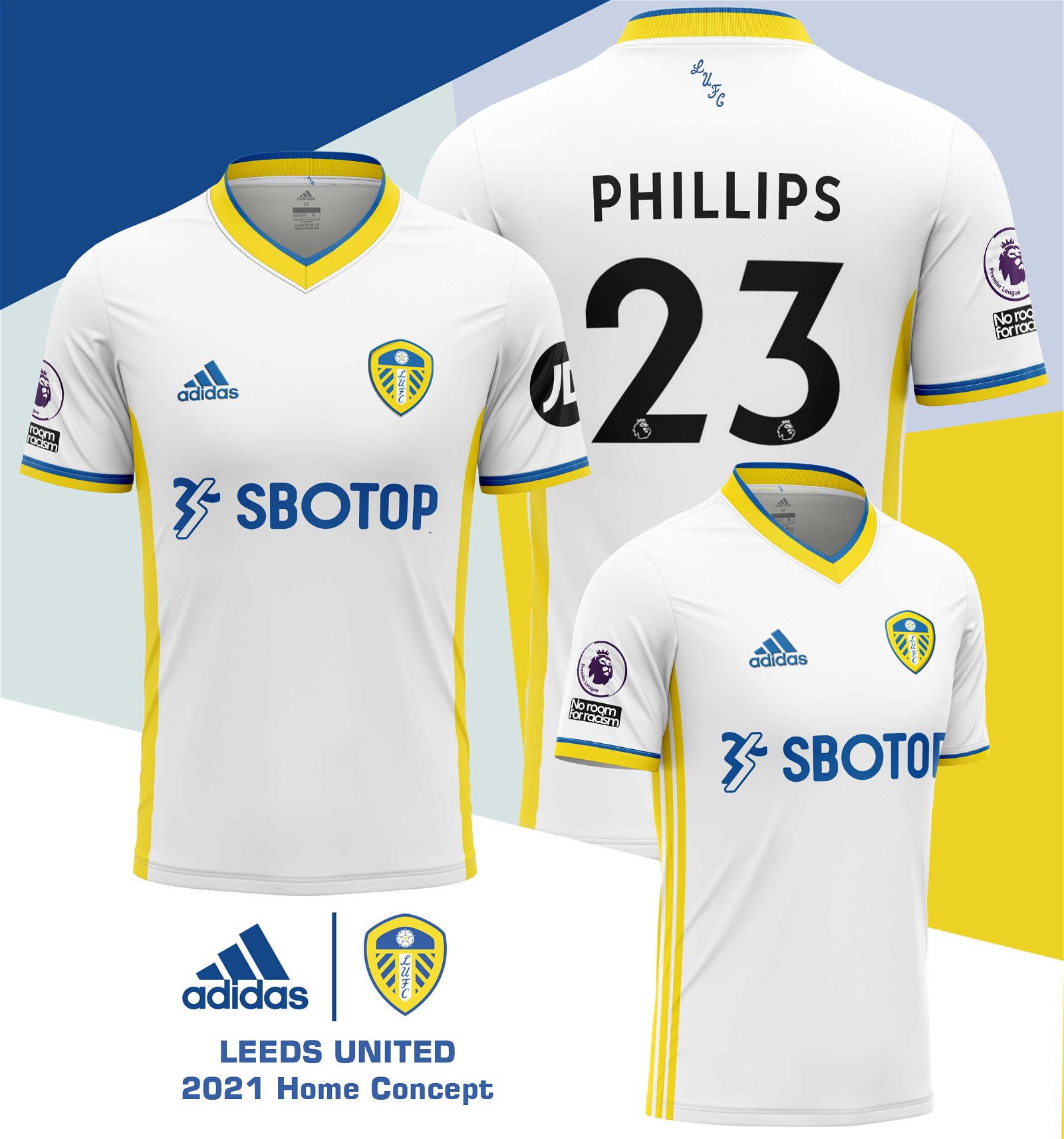