Leeds United would need a “meaningful budget” in order to secure the services of Atletico Madrid’s Matheus Cunha in January with the striker valued at around £15m, according to The Athletic’s Phil Hay.

It comes after a recent report from Spanish media outlet Relevo stated that Cunha is heading to the Premier League this winter, with Leeds, Everton, and Wolves all interested.

As Hay observes, a striker – along with a left-back – is a top priority in what is a pivotal transfer window for the Whites next month.

Cunha has been linked in with a move to Yorkshire in the past, with Leeds’ director of football Victor Orta reportedly scouting the Brazilian.

As per the Relevo report, it is Wolves who are currently leading the chase, yet this is not to dismiss the involvement of the other interested parties entirely.

Writing in his latest column for The Athletic, Hay reflected on Leeds’ transfer prospects for January regarding Cunha and on how much the Yorkshire club could be expected to spend on him.

“Leeds are known in the past to have shown interest in Matheus Cunha, the Atletico Madrid forward who could be on the move in the next window,” he wrote.

“Orta scouted him previously and Cunha is being strongly linked with Wolverhampton Wanderers having played infrequently for Atletico in the past six months.

“Signing him, however, would require a meaningful budget for a player who is thought to be valued at around £15million ($18.4m).”

When Leeds were initially scouting Cunha he was in consistent form at Bundesliga club Hertha Berlin, having made 11 goal contributions (7 goals, 4 assists) in 27 appearances.

It was this form which secured him a high-profile move to Atletico Madrid, with the La Liga side spending €26m on the Brazilian as per transfermarkt.

His performances since making the move to Spain have been less than inspiring however, with Cunha yet to score at all this season in eleven appearances.

Given Orta’s obsession with certain players it wouldn’t be surprising if he continued pursuing Cunha despite his poor recent form.

Whilst a striker is top of the agenda in January, especially after a statement emerged at the weekend announcing Bamford’s need for groin surgery [4 December], Leeds should avoid being hasty and instead sign a player who will match Rodrigo’s impressive goal-scoring record so far this season. 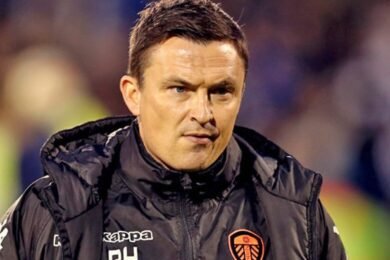