A recent image of Crysencio Summerville shows the youngster in a protective boot after Leeds’ friendly with Elche.

The forward limped off during the game against Elche in Spain last week, after an awkard collision with the opponent’s defender. Summerville posted an update on Instagram after the game, saying that he picked up a “little injury” in Spain. 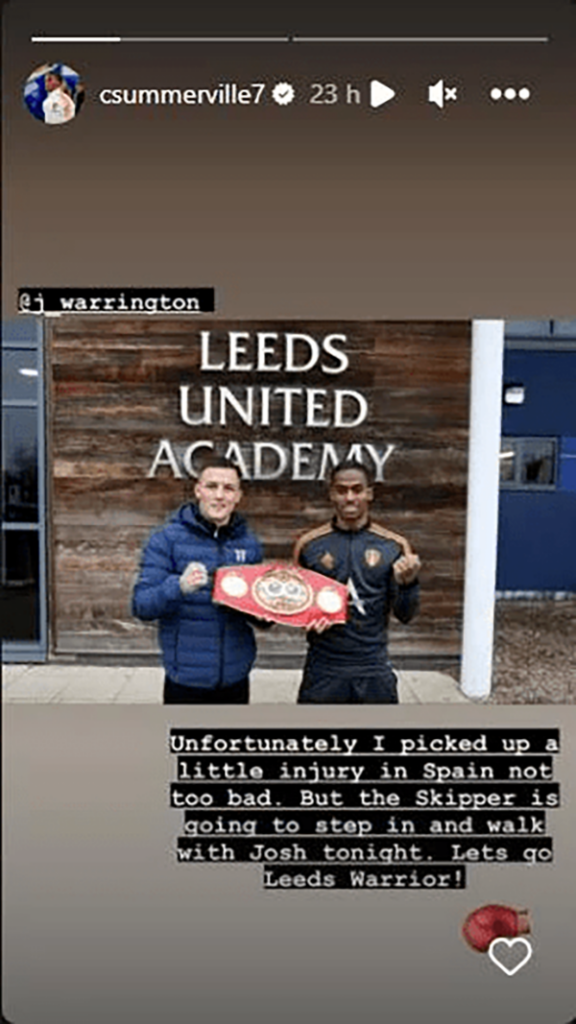 However, a very recent post from the Leeds All Over Twitter page revealed a photo of Summerville wearing a protective boot this weekend.

A protective boot does not always mean the injury is serious, sometimes it is just a precaution before a scan is done. But it is a worrying sign, considering that the youngster limped off the pitch after the incident.

Summerville has been a bright spot in an underwhelming start to the campaign by Leeds this season, the Dutchman has scored four goal in 10 appearances. Leeds resume their Premier League season against Manchester City at the end of December.