It would be fair to say that Leeds United’s 3rd kit split opinion last season. The maroon tonal design with gold trim was a tribute to the Leeds team that won the Inter-Cities Fairs Cup 50 years previous, but it didn’t stop many raised eyebrows at a shirt that didn’t exactly scream Leeds United when you looked at it.

As the club look to return to their more traditional colours ahead of their second season back in the Premier League we have spent this week providing you, the fans, with exactly what you want. We brought in kit designer Joe Austin to produce a new Leeds home kit after gathering the thoughts and opinions of the fans about what they want to see the team don next season.

After the home kit concept went down a storm with the fans (see here), Joe got to work on an away kit and, after getting more feedback from supporters, the away design he produced got more rave reviews (see here) in what many supporters have described as the home and away kit of dreams for next season.

Whether the club can get close to what the fans actually want remains to be seen but given all the positivity around his designs, we thought it was only right we got our independent designer Joe Austin to produce a 3rd shirt as well.

Although the home and away kits produced took in all the views from the fans and subsequently got superb ratings, we felt as though leaving Joe to his own devices for the 3rd shirt would be a greater test of his abilities.

As we know clubs are given a bit of freedom with their 3rd kit these days, normally going with traditional colours for the home and away strips before getting creative with the 3rd jersey. So without any input from anyone else, Joe has attempted to design a new Leeds United 3rd shirt he feels would go down well with the fans.

After a lot of thought on the colour schemes, he opted to go with a prime blue design made with parley ocean plastic accompanied by yellow trim, combined with an interesting tonal effect on the front and back to bring the shirt to life. Anyway, that’s enough talking, here is the Leeds United 3rd concept kit Joe has designed for the 2021/22 Premier League season… 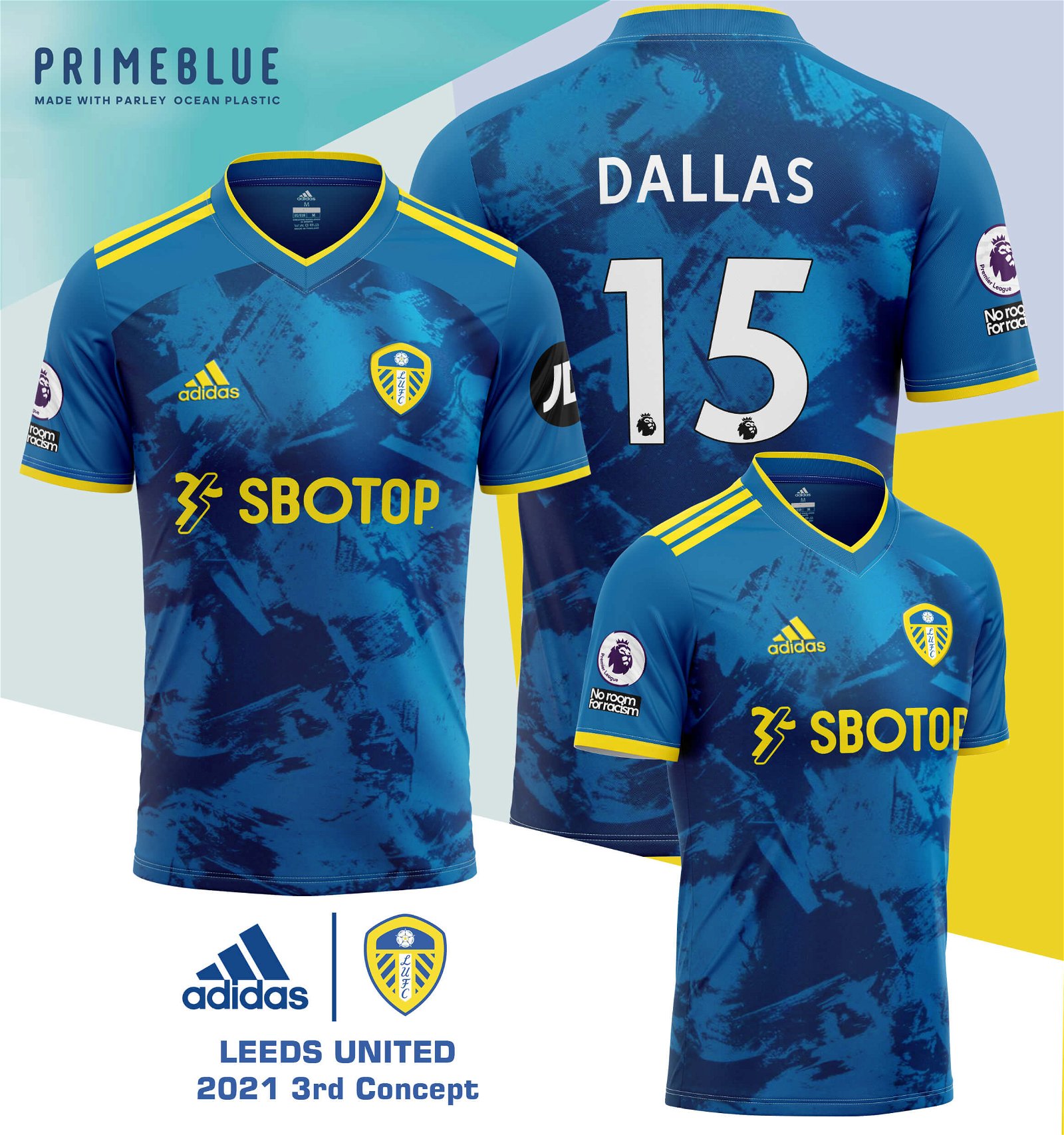