After kit designer Joe Austin’s new Leeds United home concept kit for next season went down a storm with fans yesterday, we thought it was only right we got him to design a new away shirt too.

Again, the design has not been done on a whim, just like with the home kit Joe has taken in all the thoughts and opinions of the fans right down to the very fine details.

It was very clear the fans were keen to see something similar to home concept shirt we produced (view that here) but supporters wanted the away kit to be yellow after the club went away from their traditional colours for the away and third kits last season.

Supporters voted overwhelmingly for a yellow away shirt on our social media pages with a staggering 65.5% voting in favour of yellow while 30% voted for a blue away shirt, but we’ll of course save the blue for the third kit concept.

The more detailed feedback we got included that fans wanted to keep the new away top simple and smart with the club’s other two primary colours of blue and white dominating the trim on the yellow kit.

It was a mixed response but fans also voted to have the traditional three adidas stripes but they chose to have them down the sides again in blue rather than on the arm, with a blue and white trim favoured on the neck and sleeves.

So with everything considered, independent kit designer Joe Austin put all the feedback into practice and has produced the following Leeds United away concept kit for the 2021/22 Premier League season… 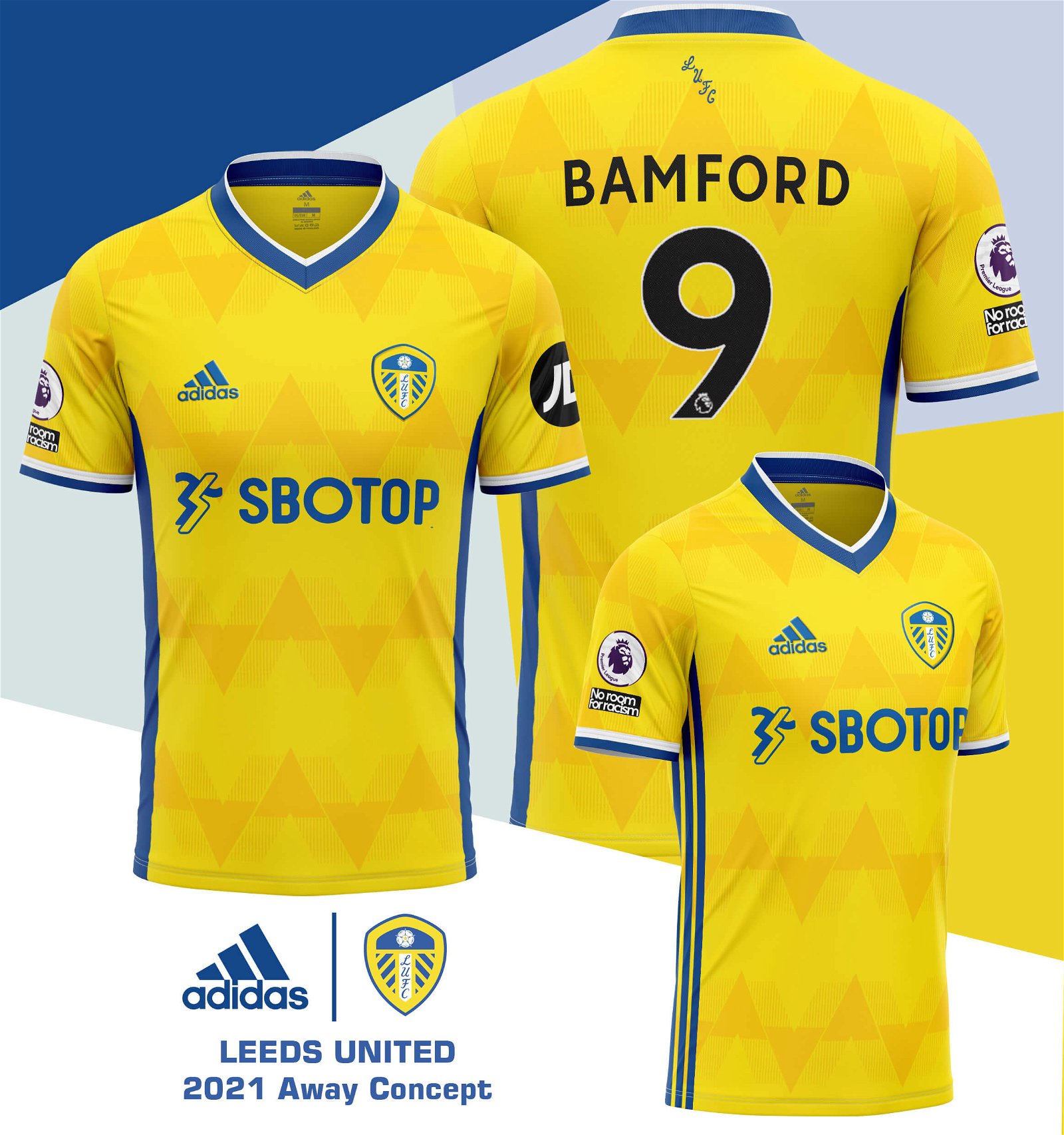